When the question of on-road bicycling comes up in Missouri, a common question that is asked is: “Why should we allow bicycles on the road at all?  Bicyclists don’t pay for the roads they are riding on, do they?”

There are a lot of answers to this question.  Even if bicyclists didn’t pay a nickel towards the roads, there are important economic, social, and legal reasons to allow bicyclists on the road.

But let us consider only one aspect: Do cyclists pay their way? 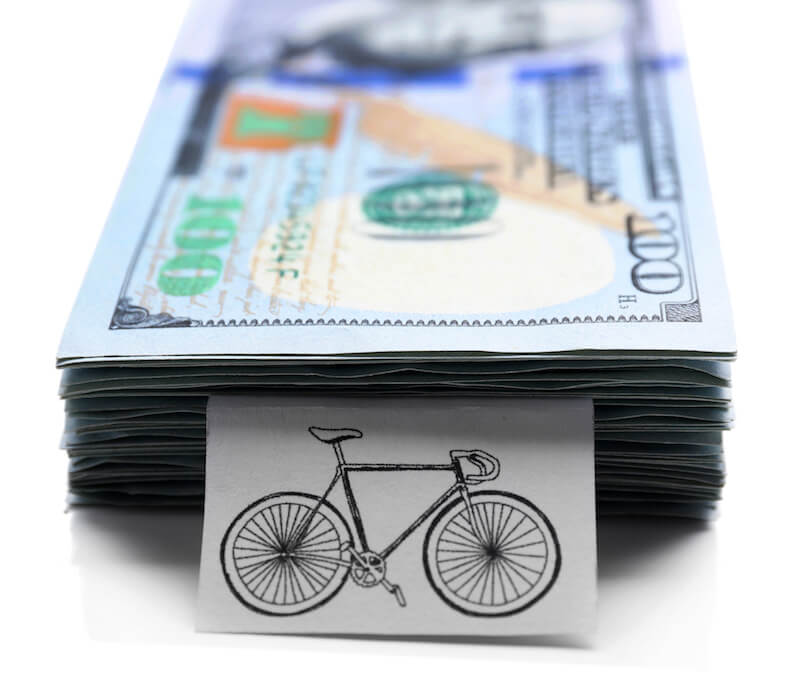 Some argue that roads are paid for entirely by user fees such as gas taxes, automobile registration fees, and the like.  The argument goes that cyclists don’t pay these user fees and so they shouldn’t be allowed to use the roads.

But bicycles have such a low impact on the road that their subsidy is actually quite low–the general tax revenue subsidy for a cyclist who rides 5000 miles per year is only about $10.

Now let’s do the math.  Figuring a quart of Gatorade and a Power Bar for every 20 miles, my calculator tells me that to cover that 5000 miles the cyclist is paying at least $500 in food and so (at a 5% tax rate) $25 in sales tax. That sales tax covers the $10 road impact cost with change to spare. Maybe bicyclists DO pay their way on Missouri roads . . .

This piece was originally published St. Louis Regional Bicycle Federation. In light of some of recent bike taxation change discussions in Seattle, it seems worthy to republish this piece of not-so-distance history (Seattle has had a bike registration tax for over 40 years, now). We, cyclists, pay more than our share of taxes. While a bike-dedicated tax could speed the development of bike-only lanes, history has demonstrated that the politicians will, most likely, “borrow” those funds for highway development while runners occupy the few miles of trail we do manage to get.